Warning: "continue" targeting switch is equivalent to "break". Did you mean to use "continue 2"? in /var/www/perrystenback.com/public_html/wp-content/plugins/siteorigin-panels/inc/styles-admin.php on line 390
 Perry Stenbäck, guitarist 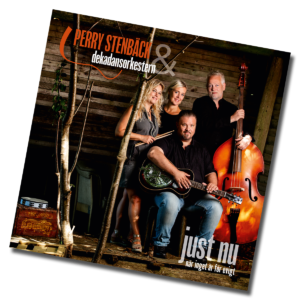 RESUMÉ
Perry specializes in Blues related genres, Traditional Folk and Roots music and has played everything from Classical and Jazz to Country and Hard Rock. Graduated with a Masters Degree in performance at RMC Copenhagen, Denmark, 1999.

Perry is a well sought after session player and has participated on 150+ records, many of which has been nominated/awarded with Danish Grammys (DMA). He personally received a Danish Music Award/Folk (Grammy) in 2009 as ”Instrumentalist of the Year” and was voted number 2 in ‘Ekstra Bladets’ readers poll: ‘Best guitar player in Denmark, 2010.’

WORKSHOPS – LECTURES
Perry Stenbäck does lectures and workshops on ‘Competence improvement and effectiveness’, using music as an illustrating tool on ‘how to work together and make things “swing”‘. Read more about that here.

Get and watch media (photos/videos/articles) here

Click here to see who Perry is influenced by.

Perry’s inter active guitar book (in Danish), with online video and audio can be purchased here